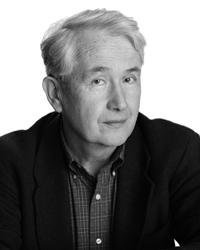 Frank McCourt, Pulitzer Prize-winner and acclaimed memoirist, was born in New York and raised in Limerick in the 1930s. At the age of nineteen, McCourt returned to the United States to seek his fortune. After graduating from New York University’s School of Education and supporting himself with several odd jobs, he found a brilliant career as a New York City public high school teacher, the last seventeen years of which were spent at the prestigious Stuyvesant High School. In September 1996, after he had retired from teaching, McCourt’s memoir about his childhood, Angela’s Ashes, was published by Scribner. It quickly rose to the top of the bestseller lists, remaining on The New York Times list for 117 weeks. It was also selected as the #1 non-fiction book for that year by Time and Newsweek Magazines.

Angela’s Ashes won many awards, including the Pulitzer Prize, the National Book Critics’ Circle Award, the ABBY Award, The Los Angeles Times Book Award, and was chosen by many newspapers to be on their lists of Best Books of 1996. With the release of the Paramount Film version of Angela’s Ashes, directed by Alan Parker, the paperback edition also achieved bestseller status.

In September 1999, McCourt published the follow-up to Angela’s Ashes, titled ’Tis: A Memoir, which topped the New York Times bestseller list as did the paperback edition. For a time ’Tis and Angela’s Ashes were simultaneously at Number 1 in hardcover and paperback respectively.

McCourt’s third memoir Teacherman arrived in 2005 and recounts his experiences as a teacher in the New York City school system. His fourth and final book Angela and the Baby Jesus, was published in 2007. In it he retells a Christmas incident told to him by his mother. Both Teacherman and Angela and the Baby Jesus are in the hands of Film and Television producers respectively. Angela and the Baby Jesus will have a prospective television airdate of Christmas 2017 as an animated, musical Christmas special under the title Angela’s Christmas. McCourt’s acclaimed musical revue, The Irish and How they Got That Way, ran for more than a year at the Irish Repertory Theatre in New York and was revived twice. It is now produced throughout the United States along with A Couple of Blaguards – a two-man play with music – written with his brother Malachy.

Since McCourt’s death in July 2009, countless Awards and Honours have been given in his name. The University of Limerick has endowed a Frank McCourt Chair in Creative Writing and New York City has named a high school in his honour. The McCourt Prize for Excellence in Teaching is awarded to an exemplary teacher in Connecticut and the Irish Artists and Writers Association offers scholarships in McCourt’s name. As a frequent lecturer, he was the recipient of numerous honorary doctorates. He was most proud of receiving one from his Alma Mater, New York University, and the University of Limerick.

HOWELL & HURT are the musical theatre writing team behind the critically acclaimed, ANGELA’S ASHES (The Musical), a stage adaptation of the world-famous Pulitzer prize winning book by the late Frank McCourt. The show which premiered in 2017 at The Bord Gáis Energy Theatre (Dublin), The Grand Opera House (Belfast) and The Lime Tree Theatre (Limerick), received 4-5 star reviews in The Irish Times, The Irish Examiner and The Irish Daily Mail. They are currently developing, BLONDE – a new musical based on the life of Marilyn Monroe which was performed at the RADA Festival 2018. 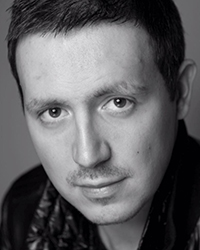 Adam is a Composer, Lyricist, Musical Director, Orchestrator, Vocal Arranger and Musician. A founding member and former Artistic Director of Uncontained Arts; a theatre company based at Derby Theatre in the East Midlands (UK), Adam was an Actor/Musician for several years and composed the songs and music for all of the Company’s productions, touring to such venues as E4’s Udderbelly (Southbank, London), The Lowry (Manchester) and The Gilded Balloon (Edinburgh Fringe), as well as touring internationally to The English Theatre of Warsaw (Poland) and across Wales and Ireland. 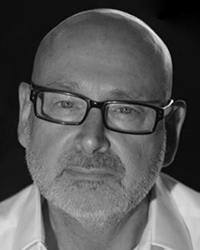 Paul is a Playwright with over forty stage plays to his credit, ranging from one-person shows to large-scale productions. He has taught writing at degree and postgraduate level for many years, both in the UK and across Europe, with several of his students winning national and international competitions. He was a founder-member of Back Door Theatre and Big Pig Theatre Company and amongst his writing credits are Goodbye-ee, SuperVandal, A Christmas Carol, Sandwiches Curling at the Edges, Dregs, Love Don’t Live Here Anymore, Big Time, Moon in Eclipse, Jedediah, This Costly Countess (Moonshine Theatre), Ring of Laughter (Contact), World Turned Upside Down, Deus Miserere and Luddites! for Derbyshire County Youth Theatre, The Country Child (Theatre Works) and Lady Chatterley’s Lover (Buxton Opera House Productions). Paul is currently working on Hatful of Hollow – a play cycle based on the iconic Smiths album and Smile, a play set in 1950s America. Paul was also the Chair of the Readers Group for the inaugural Writers Guild of Great Britain Bookwriters’ Award 2018.