Thom is the Artistic Director of Charing Cross Theatre. 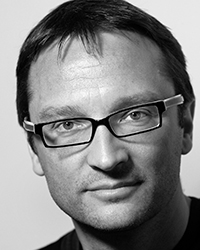 Francis designs across opera, drama and musical theatre. His work has been seen  in Dublin, the West End and Broadway. He has designed numerous productions for the Royal Shakespeare Company, the National Theatre (UK) and the Royal Court. His work in Ireland includes many shows at both the Abbey and Gate Theatres. He is most noted in Ireland for his many collaborations with Garry Hynes and Druid Theatre, most recently Waiting For Godot.

Recent musicals include Loserville, (West End,) Oklahoma!, (National Tour) and The Wedding Singer which is currently on a UK tour.

Current Opera includes Farnace in the US and Tosca opening the New Grange Park Opera House in the UK.

Future projects include Magic Flute in Russia and Il Turco In Italia at Garsington Festival. 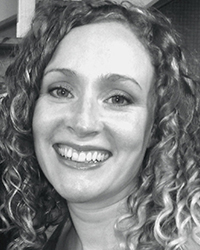 Designs include Prodijig (Cork Opera House); Grace Jones the Musical of My Life 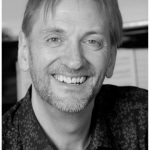 MIKE DIXON graduated from Trinity College of Music in 1979 and over the course of his varied and multifaceted career Mike has established himself as one of the leading figures in the West End, Television and Radio as Musical Supervisor, Musical Director, Conductor, Arranger and Composer.

TELEVISION INCLUDES: Get Your Act Together, A Life in Song – Tim Rice, Surprise Surprise, D-Day 70 Years On from the Royal Albert Hall, A Life In Song – Don Black, BBC Radio 2Day – Gala Concert, 12 Hours To Please Me, This Is Lionel Richie, Text Santa, Children In Need Rocks the Royal Albert Hall, The Electric Proms, Concert for Diana, Glastonbury 2007, MusiCool, Pop Idol, The Royal Variety Show, Miss World, The British Comedy Awards, The Queen’s Golden Jubilee Rock Concert, The Prince’s Trust 30th Anniversary Concert at the Tower of London, BBC Proms in the Park, An Audience with…Jimmy Tarbuck, Joan Rivers, Another Audience With… Shirley Bassey and An Audience with Lionel Richie…Live!

RECORDINGS INCLUDE: The Shores of Normandy for D-Day 75 with Jim Radford, Mrs Henderson Presents, The Sound of Rodgers & Hammerstein with Helena Blackman, The Performance with Dame Shirley Bassey, Zorro, Seven by Tony Banks with The London Philharmonic Orchestra, We Will Rock You, Grease, Doctor Dolittle, Jesus Christ Superstar, Joseph and the Amazing Technicolor Dreamcoat, Aspects of Love, Evita (The Movie).

AWARDS INCLUDE: Helpmann Award for Best Musical Direction – We Will Rock You, Sony Radio Awards and New York Radio Awards (with Phil Critchlow and Jonathan Mayo for TBI Media in association with BBC Drama) – Minute by Minute Series (Including Titanic, Please Please Me, Dambusters 70 Years On and JFK).  Mike is proud to be a Patron of Arts Educational Schools, London. 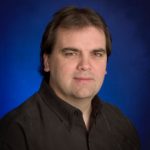 David studied piano, violin, viola, clarinet, chamber music, orchestra, choir, theory and harmony at the Royal Irish Academy of Music for over 18 years and was awarded the Coulson scholarship and A.R.I.A.M, before plunging into a busy career that to date has included work as M.D., orchestrator, keyboard player and producer in Theatre, Radio, Music Tech, TV, Studio and Education.

He spent 3 years with Riverdance – The Show as Musical Director and subsequently Production Director with responsibility for the artistic well-being of all three touring productions worldwide.

In addition, he produced the soundtrack for the multi-million selling DVD –  Riverdance – Live at Radio City Music Hall N.Y.

Film credits include Circle Of Friends, Some Mother’s Son, co-composer for The Sun, Moon and Stars (Blue Light Productions),

Up The Country (Asylum Productions), soundtracks for several award winning documentaries by Kairos Productions and was responsible for the production music and opening sequences of two Eurovision Song Contests – 1994 & 1995.

Theatre credits include a commission to score the Abbey Theatre’s production of The Hostage and he conducted two chamber operas by Michael Scott based on Yeats’ plays – Purgatory and The Dreaming of the Bones.

David is a multi-award winning MD in musical theatre and has also scored the orchestrations for eight original musicals – the latest being  Find Your Way Home  – which premiered at Symphony Hall, NY, in July 2017.

He was Musical Director and Supervisor for all five series of RTE’s The Voice and Series 1 of Dancing With The Stars – for Screentime Shinawil and RTE and has also worked with and for, BBC NI and UTV.

He has held MD/ Supervisor positions at most of the major theatres in Ireland including Cork Opera House, The Olympia, The Gaiety Theatre,  The Abbey Theatre, National Concert Hall, Wexford Opera House, Belfast Opera House, Millennium Forum, (Derry) and The 3 Arena,

He was MD and Producer for singer Tommy Fleming for 20 years, touring internationally and arranging and producing 15 albums including the now 20 times platinum Voice of Hope, and four live DVD’s, including several with the RTECO and for Universal Music Ireland. In fact, David has played with and orchestrated for both the RTECO and the RTE National Symphony Orchestra.

And in 2017 he provided Orchestrations for RTECO with Jenny Greene.

He has also engaged by international stars such as Josh Groban, Gary Barlow, Paul Potts and Frankie Valli for their Irish tours, in addition to production work for Kelly Clarkson (X-Factor UK) and Prodijig  (both Footstorm and Revolution ).

He has been MD for over 50 musicals having played his first aged 12, been an MD at age 15 and now, 39 years later, (!!) he is recognized as one of Ireland’s foremost MD’s with particular regard to his specialization in lyric interpretation.

He has also played with many of the UK touring shows at BGET, including  Dirty Dancing, Grease, Sound of Music, Oliver, and The Lion King.

In April 2012 he was engaged by The Abbey Theatre as Music Supervisor for their critically acclaimed world premiere of Alice In Funderland, which was nominated for Best Production at the Irish Times Theatre Awards 2013 for ThisIsPopBaby.

In 2017 he was MD for two musicals in Ireland, both of which were nominated for Best Overall Musical and came first and second respectively – Parade and Legally Blonde.

In 2018, he is nominated twice for Best Musical Director – for JCS and West Side Story – winning for the latter.

He has seen all sides of the Musical Theatre world, having also been a producer for Goldenboy Productions Limited, for their three full scale, professional productions in Ireland.

David was delighted to have been awarded a first class honours M.A. in Music, from CIT CSM in 2017 and to continue to work with his colleagues and students on the BAPM (Popular Music) degree.

And to have been heavily involved in the creation of the new BAMT degree which commences this September. (Very Exciting!!)

Finally, David is currently Production Director at Raglan Road in Walt Disney World Orlando, Florida and has been for three years now, responsible for 18 hours of live music, 365 days a year and where 20 young Irish musicians are in residence, on six month tours. An incredible opportunity for Irish musicians covering Folk, Trad, Roots, Bluegrass, Celtic rock and Orchestral styles. 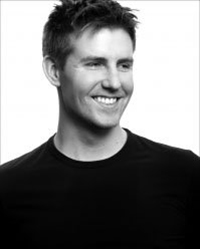 Ste hails from West Yorkshire, and trained at Arts Educational, London. Graduating in 2009 gaining a BA Hons in Musical Theatre.

Jason has been Head of Sound for RIOT (THISISPOPBABY) since 2016, and has designed and adapted the sound of the show for numerous national and international venues including; Vicar Street (2019 & 2017), The Imperial Oil Opera Theatre (2018 Touring Production, Luminato Festival – Toronto, Canada) and The Spiegeltent at Tiger Dublin Fringe (2016).

Composer, arranger and producer, Colm has toured extensively
throughout Australia, Europe, Asia and North America.  A former Musical Director for Riverdance, he has composed, arranged and produced numerous award winning shoes and albums most notably Raining Up & Hibernia for Mairéad Nesbitt which both reached no. 1 in the Billboard World Music Charts.

His most recent projects include a sold out concert of his music in the National Concert Hall with the Orchestra of Ireland and premieres of his operas Eoghainín na nÉan and Íosagan, based on stories by P.H. Pearse. Grammy award winning producer and conductor Chris Craker premiered Colm’s Violin Concerto in Hong Kong in September 2017. Other commissions include The Island Lullaby, (Arts Council of Ireland), Irish Thunder &amp; Celtic Fire (Busch Gardens), Aifreann na nAingeal/Mass of the Angels (RTÉ), The Star of Bethlehem: A Christmas Oratorio (BAI/RTÉ) and Inscribed, a musical collaboration with poet Eavan Boland. Colm is also a graduate of UCD, holding an M.A. in Drama and Performance Studies (theatre directing) and he recently completed a Masters research thesis entitled Process, Art and the Natural Environment. 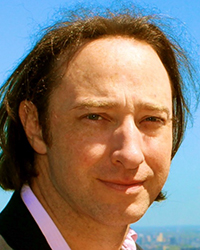